The Sydney Metropolitan Turkey Trot had been cancelled for two years straight due to the COVID-19 pandemic. So it was three years since we were last on the trot. The eagerly anticipated return was somewhat dampened by atrocious weather - predominantly a LOT of rain. Unfortunately the weather was responsible for about 25% entrants staying at home. But those that fronted up enjoyed the route choices on offer and the chance once again to battle for Rocky Road.

Glenn Horrocks - undisputed King of the Trot - had a battle on his hands with first timer, Ryan Armstrong on the Long Course. Ryan built a 2min lead going into the map change but Glenn came back and an unfortunate late mispunch negated Ryan’s efforts in outsprinting him to the line. Steven Horrocks made the same mispunching error, which allowed Vivien de Remy de Courcellas to take second and Geff Harper running with Gary Farebrother to run in third together. Zoe Melling turned the tables on Toni Bachvarova in the women’s race. They had a ding dong battle last start but this time Zoe led from the first control and slowly extended that lead throughout to eventually win by 13 mins.

In the Medium Course Seth Sweeney held a narrow lead at the map exchange but took advantage of a familiar last map to extend that lead to 6 mins at the finish. Keith Tonkin had a consistent race, claiming second with Tim Giles outsprinting the female winner by 4s to take third. In her second TT race Niamh Cassar only lost one split and won by 13 mins. Last start she won the Short Course, so now with a 2 from 2 record, we assume she will move up to take on the Long Course next year? Saffron Sweeney was in second place for almost the whole race. She dropped to third by 1s at the last control but found the extra gas to keep that second spot safe from the persistence of Emmanuelle Convert.

The Short Course provided a real highlight. Savanna Sweeney (first timer) and Carolyn Matthews (previous winner) switched places multiple times. Savanna hit the lead with 3 controls to go but Carolyn closed strongly in the final stages, winning the last 4 splits to move from 4th to 2nd, finishing only 11s behind Savanna. Silvia Teoh couldn’t handle Carolyn’s strong finish and was relegated to third. The guys were no match for the girls pace this year with the best placed, Malcolm Roberts, coming in 5th overall. Matt Hackett started strongly but Malcolm had him covered by the end of the first map. Andrew MacDonald looked good for second for most of the race but Matt passed him with only four controls to go to claim the second podium spot.

For the first time a MTBO category was added for the Turkey Trot. Starting slightly before the runners and with a staggered start for safety, Michael Ridley-Smith flew around the long course to claim inaugural MTBO Turkey Trot bragging rights.

Congratulations to all competitors and volunteers - especially considering the conditions this year. Most returned absolutely drenched and exhausted but with smiles on their faces after enjoying the unique navigational race that is the Turkey Trot. See you next year. Same time. Different place. 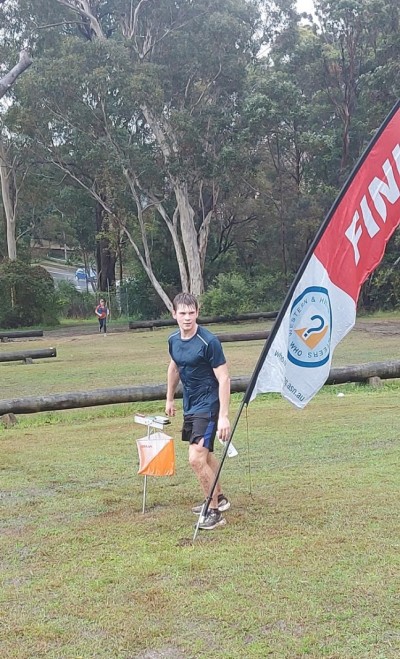 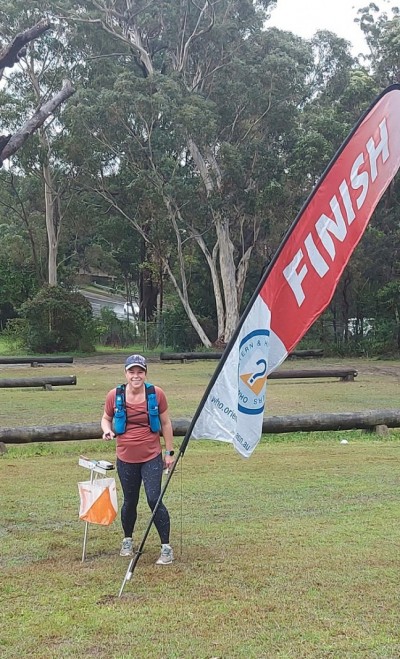